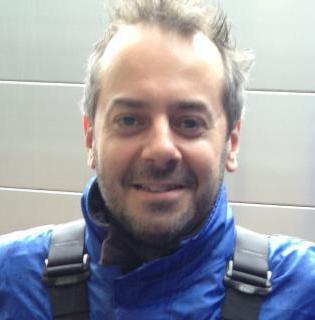 TL;DR If you collaborate with developers on different platforms (Windows/Mac/Linux) and you all use proper programmer’s editors which will maintain correct line endings, then the best choice is for everyone to set the core.autocrlf git config to input.

Different platforms use different line ending characters, so if you’re not careful you can end up with a repo where different files have different endings, or even mixed ending within the same file.

The line ending types are:

Mixing line endings in a repo can have various unexpected consequences, one of the most annoying is that when you look at a diff in git, it can show every line of the file as being modified. This makes it hard to see the real modifications for that commit.

Therefore it’s important to have consistency in the line endings within a repo.

The git config item core.autocrlf is used to perform line ending conversions during commit or checkout.

The possible values are:

Most people recommend you set this to true on Windows. The problem with this is that people on Windows are not actually seeing the files exactly as they are in the repo. If your system is in some way susceptible to issues caused by different line endings, those issues become extraordinarily hard to debug, because you’re not actually comparing like with like.

Also, any decent developer will be using a proper code editor (VS Code, Atom, Notepad++, Sublime Text etc.) all of which are perfectly capable of reading files with any line ending, and they will also maintain the line endings which already exist in files. Windows Notepad DOES NOT maintain line ending correctly, but I’m presuming no real developer would be editing code with that!

Therefore there is basically zero benefit to having the line endings as CRLF on Windows, however there is some risk to it. The risk is in narrow edge cases, but that’s exactly why it’s best to eliminate it; you don’t want to waste time debugging such issues.

On the other hand, if you set it to input then all files in the repo will be LR, and they will stay that way when checked out by anyone on any platform.

A minor problem with the input value is that if you have previously been working on a repo with the wrong setting, there may be files in the repo or your working copy with the wrong line endings. See “Fixing A Repo” below for how to resolve this issue.

You only need to set this once, it will apply to all git clients and repos.

This can be done from the command line in Windows, Linux or MacOS:

After making the above change, when committing you will often see the message:

This is expected; it is precisely what we have told git to do - it is replacing Windows line ending with Unix line endings during commit.

The only difference is the lack of --global in the commands.

Alternatively, if you want more fine grained control based on file types, you can commit a file named .gitattributes in the repo, with this contents:

You can fix the line endings as follows:

Fix just a few files in the Repo

Fix all Files in the repo

You May Also Enjoy

General All inputs are JSON documents, however the format does allows comments (C-style, /* */) add ?v to include column headers in table output add ?...

Create a QR Code for connecting to Wifi

This should work with iOS 11+ and recent Android versions.

If your application or container needs to be directly on the network, or it needs to use ports that are already in use by the host or other containers, such ...